If you’re shooting with multiple cameras, you’ll have footage that needs to be synchronized in post-production. Here are a few options to help ensure the process goes smoothly:

A Clapper Board or slate is a great tool for syncing your cameras.  Once your shot is setup, point all your cameras at the slate and ensure there is silence on set. Have someone hold the slate in view of all the cameras. Hit record and have the person slate the shot and clap the sticks.

The goal of this is not only to visually mark your shot, but the the sound of the sharp clapboard creates an easily visible spike in your audio waveform. This makes it possible to either manually or automatically line up and synchronize the audio of the different cameras in post production based on the audio spike from the clapper.

This method dates back to the beginning of filmmaking with sound when audio and visual tracks were recorded separately. The same is happening today with audio being recorded on separate devices when shooting with DSLR cameras. With the identifying information, the editor can easily sync the video clip with the audio clip (the audio peak occurs at the same frame as the clapper closing) as well as multiple video clips (the audio peaks line up at the same time between camera sources).

But if you don’t have a slate with you, no need to fear. You can easily clap your hands to accomplish a similar sound.

Another method of synchronizing cameras is to send the timecode from one camera into another camera.  This is also referred to as jamming timecode.  Simply hitting record on both cameras at the same time is not recommended and will yield unreliable results.

Most prosumer or professional cameras have the option to output LTC timecode to another camera or device.  The Sony NX5 cameras enable that function.  All you need is a standard RCA cable.

Please refer to pages 44 and 45 of the Sony NX5 manual for instructions on how to do this.  The manual can be viewed or downloaded here:

If both your cameras are recording sound, even if just from the camera mic, Adobe Premiere Pro and Final Cut Pro X can automatically attempt to sync the cameras using the software’s built-in technology.

1) Select the clips you’d like to sync and multicam then right-click and select New Multicam Clip. 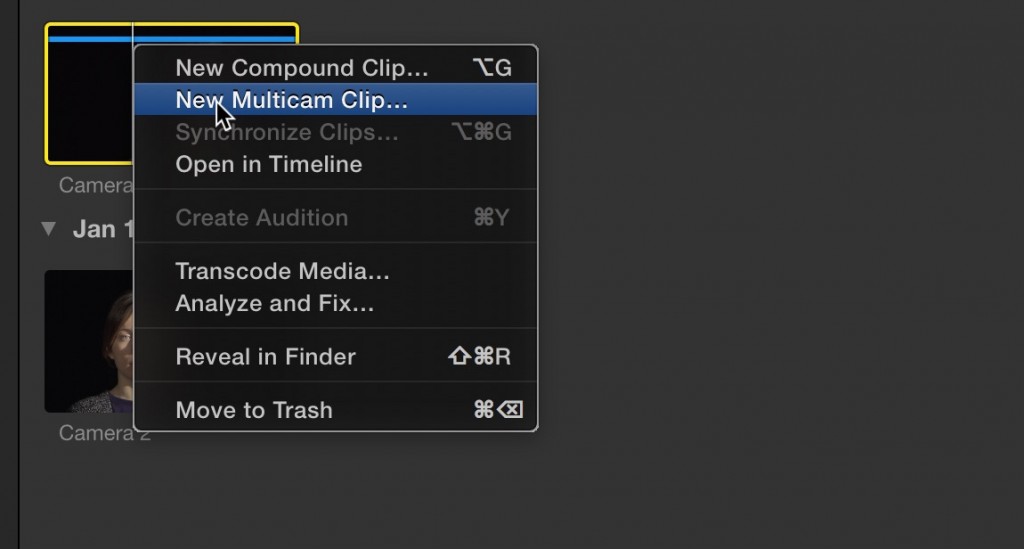 2) Name your Multicam clip and ensure Use Audio for Synchronization is selected.

3) Click OK and your Multicam clip will be created.

2) To synchronize our clips based on similarities in the audio, ensure Audio is set as the Synchronization Point. You now have a multicam clip in sync. 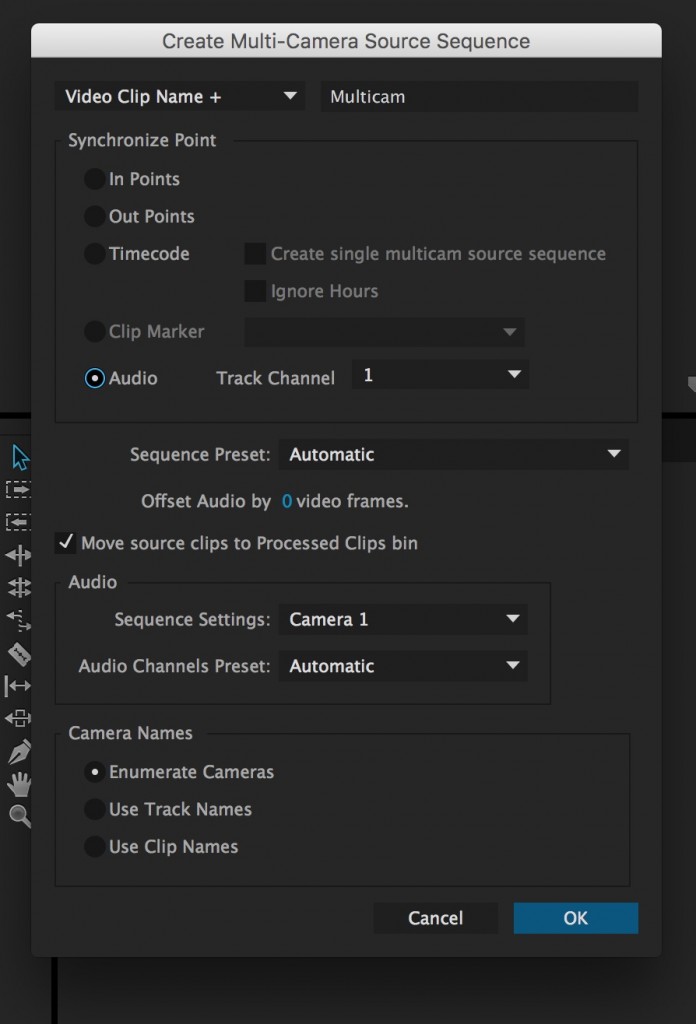